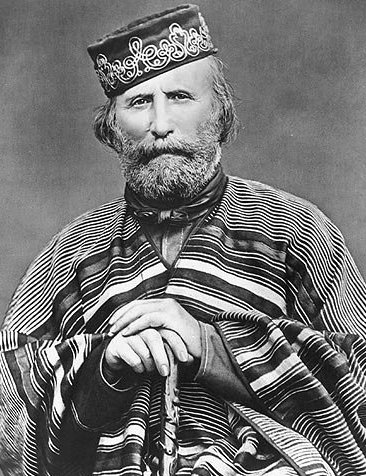 Here is the complete text of his fourteenth letter:

TO THE EDITORS OF THE CHRISTIAN WATCHMAN AND REFLECTOR:

God save Garibaldi! A thousand benedictions upon his noble head! One such man redeems the age from the shame of littleness! There is greatness enough in that one man to ennoble the century which begat him. We do not live, after all, in the age of diluted virtue and departing manhood. Never Roman toga hung about a hero more glorious than he who wears the red frock. In him the poverty of Cincinnatus is combined with the integrity of Fabricius, the truthfulness of Regulus with the self-forgetfulness of Curtius, the valor of Scipio with the pain-defy­ing heroism of Scœvola. If all the marvels of pa­triotism were forgotten, they might be re-written from the life of this one Italian. His portrait dif­fers from that of any other living mortal, and seems to be the exact ideal of a patriot warrior’s face, yet is there a gentleness gleaming from it which must mean more than swords and guns can ever help him to reveal. O that the God who raised up Cy­rus and surnamed him, though he knew it not, may also give the enemies of freedom as driven stubble to the sword of Garibaldi, and give to the warrior himself a name and a place among the soldiers of the cross.

News of a great victory has just arrived. The battle was well fought, that is to say, the troops of Francis II. did more than Neapolitans were ever expected to perform, and Garibaldi, with half their number of men, beat them most thoroughly. It is hoped that this will well-nigh end the contest with the Bomb-loving Bourbon, and bring the patriot chief face to face with the remaining despot. Many grave questions now await their answer, and no politician can guess what will come to pass, al­though every man has his own pet scheme of what should be done. What will Garibaldi do with Cavour, Victor Emmanuel and Napoleon? How will he conduct himself in the midst of their diplomatic stratagems? I believe that if he be, what I think he is, he will go right on, careless of all cautious, and prudent cowardice, and cut the knot with his sword which crafty politicians cannot untie with their dexterous fingers. There is an old English picture of Turpin’s ride to York. The toll-gate keeper has shut his spiked gate across the road, and an old man has turned his donkey cart right into the way, but the highwayman is not to be stopped in his career, and at a flyings leap clears every impediment, and leaves his enemies to won­der at his daring. The Pope may supply the asinine part of the picture, and the constituted author­ities of France and Sardinia may keep the gate between them, but they may yet find the glorious fury of Garibaldi too high and strong a thing to be checked by their policy and state craft.

I see that Gavazzi is preaching constantly in Na­ples, and I should imagine that there is power in his ministry, for some of our newspapers call him a mad, unfrocked priest. Greater commendation, than the condemnation of some of our newspapers, no man need desire. With Roman Catholic re­porters, and infidel editors, the statements of sev­eral of our daily papers upon any matter which has to do with religion, need always to he reversed be­fore you arrive at the real truth. The Times, with all its political twistings with the times, has nevertheless of late years usually dealt with fairness with religious questions, and if not always right, it is not intentionally or spitefully wrong. While upon this subject, I must beg that neither you nor your readers will regard any newspaper as the organ of the English Baptists. We have no organ, we have no paper which represents the Calvinistic Baptist churches of England. The Free­man, with its perverse tendency towards the mod­ern negative theology, has deceived the hopes of very many of us, and we look upon it rather with loathing than with love. Truly Baptists are not and cannot be negative theologians; the men who sway our literature may be never so unsafe, but they are exceptions to the rule. We are not a lit­erary denomination in England, and it seems to be our fate that what little literature is attached to us should be a mere appendix, and not an index of our sentiments.

There is an evil leaven in the literature of both the Baptist and Independent denominations which if not purged out will speedily leaven the whole lump. The Socinian notion of the Universal Fatherhood of God as opposed to his rectoral and ju­dicial character is upheld and maintained in several of the Independent pulpits, and the Freeman dares to quote extracts of a sermon as proof of the or­thodoxy of its favored preacher,—extracts brimful of heresy, and averring the heterodox dogma in the clearest terms. A controversy commenced two or three years ago, and caused much noise; it has been for a while suspended in the hope of better things, but must be renewed with greater vigor, for other­ wise the stagnant air may nurture this doctrinal pestilence, and we may see Universalism becoming by slow degrees rampant among us. Let the ranks of battle close, and let victory be with the right, be it where it may. Abuse, misrepresentation, slander await any man who shall thrust his arm into this hornet’s nest, but it must be done, and happy shall he be who shall be called to do it. Brethren, abide in the faith, and pray that we may do the same.