Karl Barth, in preparing for his discussion of Calvin’s theology, sets the historical stage with reference to “The Middle Ages”:

An even more striking example is the way i 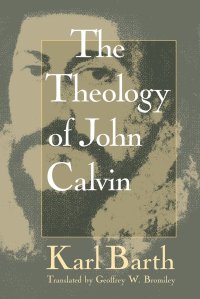 n which both Luther and Calvin avoided the man in whom they must have recognized, even if he was not then the most widely read author, and whom they ought to have fought as their most dangerous opponent, the true genius of the Catholic Middle Ages. I refer to Thomas Aquinas. We have in his case a demonstration how often even the greatest among us, precisely in fulfilling their deepest intentions, often do not know what they are doing. The reformers engaged in close combat with late scholastics of the age of decline, about whom we say nothing today, when all the time behind these, and biding his time, stood their main adversary Thomas, in whom all modern Roman Catholicism has come to see more and more definitely its true classic; and apart from a few inconsequential complaints by Luther [here Barth footnotes Seeberg, Lehrbuch Der Dogmengeschichte, 74 and n. 2], they left him in peace, apparently not realizing that their real attack was not on those straw figures but on the spirit of the Summa, on the Gothic cathedral and the world of Dante. How could it be possible that in the first half of the 17th century a Lutheran theologian from Strassburg could write a book entitled Thomas Aquinas, veritatis evangelic confessor! All this shows strikingly, however, that the reformers did not see their work in the context of a great philosophy of history but in a fairly relative pragmatic context. Perhaps it is precisely the manner of truly creative people to take this view

The Theology of John Calvin, 22

Luther in “Against Latomus”:

His [Latomus’s] discussions of penance and of indulgences are worthless, for he proves everything from human writings. Neither Gregory nor any angel has the right to set forth or teach in the church something which cannot be demonstrated from Scripture. I think I have sufficiently shown from their own writings that scholastic theology is nothing else than ignorance of the truth and a stumbling block in comparison with Scripture. Nor am I moved when Latomus insinuates that I am ungrateful and insulting to St. Thomas, Alexander, and others, for they have deserved ill from me. Neither do I believe that I lack intelligence [to understand them]. This Latomus himself will admit, and it is certainly not difficult to see that I work hard. My advice has been that a young man avoid scholastic philosophy like the very death of his soul. The Gospels aren’t so difficult that children are not ready to hear them. How was Christianity taught in the times of the martyrs when this philosophy an theology did not exist? St. Agnes was a theologian at the age of thirteen, likewise Lucia and Anastasia–from what were they taught? In all these hundreds of years up to the present, the courses at the universities have not produced, out of so many students, a single martyr or saint to prove that their instruction is right and pleasing to God while [the ancients from their] private schools have sent out swarms of saints. Scholastic philosophy and theology are known from their fruits. I have the strongest doubts as to whether Thomas Aquinas is among the damned or the blessed, and would sooner believe that Bonaventure is blessed. Thomas wrote a great deal of heresy, and is responsible for the reign of Aristotle, the destroyer of godly doctrine. What do I care that the bishop of bulls has canonized him? I suppose that my judgment in these matters is not entirely ignorant, for I have been educated in them and have been tested [in debate] by the minds of my most learned contemporaries, and I have studied the best writings of this sort of literature. I am at least partly informed concerning Holy Writ, and besides I have to some extent tested these spiritual matters in experience, but I clearly see that Thomas, and all who write and teach similarly, have neglected this. Therefore I advise him who would fly to take warning. I do what I must, so with the Apostle I again admonish you: “See to it that no one makes a prey of you by philosophy and empty deceit”–this I confidently and emphatically apply to scholastic theology–“according to human tradition, according to the elemental spirits of the universe”–these are the laws of the bulls and whatever is established in the church apart from Scripture–“and not according to Christ” [Col. 2:8]. Here it is clear that Paul wants Christ alone to be taught and heard. Who does not see how the universities read the Bible? Compare what is read and written in the Sentences [Peter Lombard] and on philosophy with what they write and teach about the Bible–which ought to flourish and reign as the most important of all–and you will see what place the Word of God has in these seats of higher learning.

Might Barth have misread Luther, slightly? Might Luther have misread Aquinas, ever so slightly?  I’m not up for adjudicating this one, but I find the material fascinating.