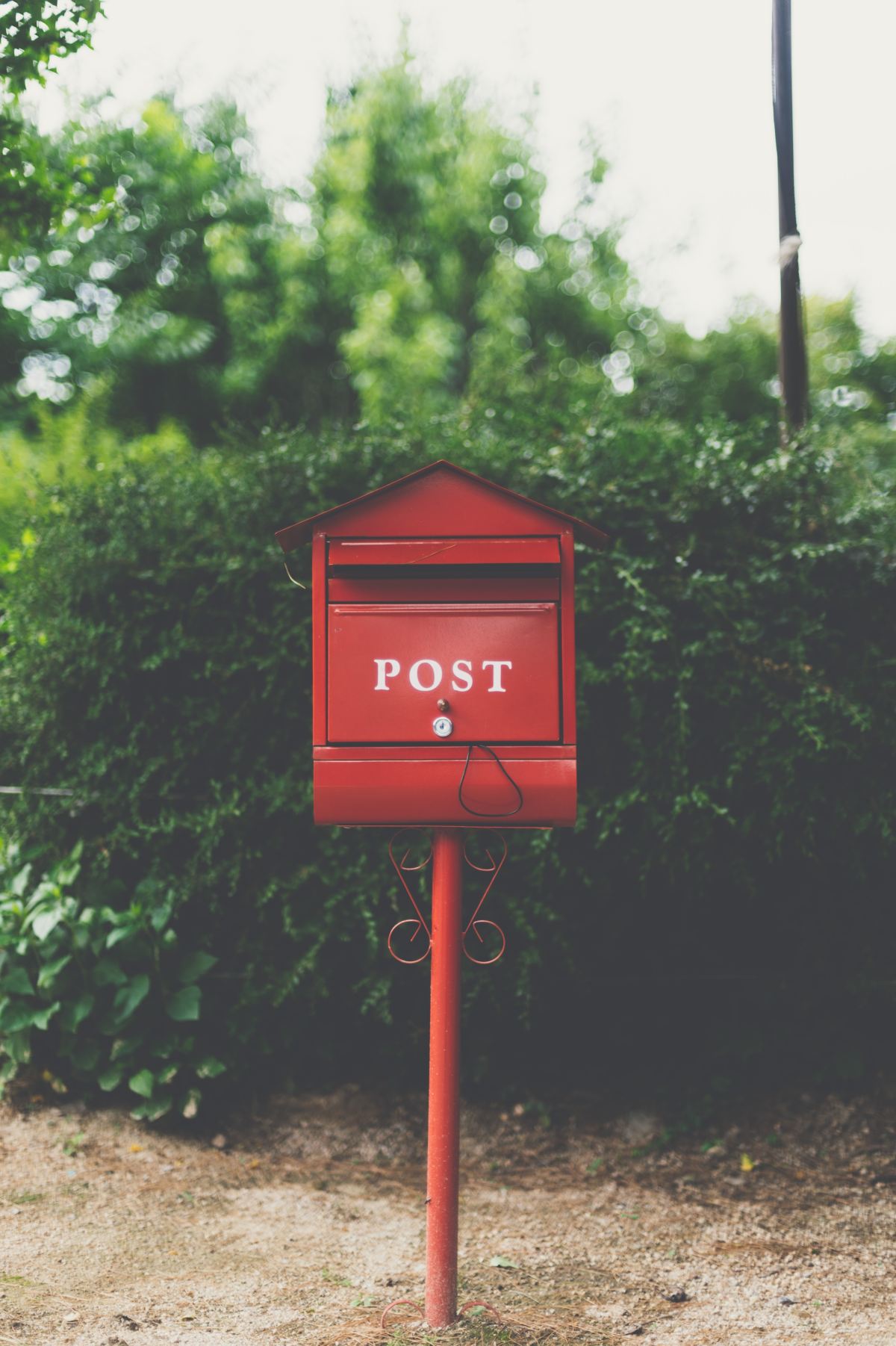 Three years after his commitment was fulfilled, another letter arrived, and was published on April 2, 1863. The editors commented:

We are again favored, as will be seen, with another letter from our old correspondent, Rev. Charles H. Spurgeon, which is given on the outside of this week’s issue. The letter, from some cause unaccountable to us, has been considerably delayed in the mails, though the matter of the letter, as to its readable interest, is not thereby impaired, as is often the case with deferred correspondence.

This is the last letter (to my knowledge) that Spurgeon sent to the Christian Watchman and Reflector. In 1865 Spurgeon began a paper of his own, the Sword and Trowel, and thus had his own outlet for publishing sermons and other articles.

Here is the complete text of this final letter:

For the Watchman and Reflector

MESSRS. EDITORS,—David said in his haste “All men are liars;” the old Scotch divine re­marked: “Ah, David, had ye lived in our day ye might have said it at your leisure, for it would surely be true.” Certainly the false rumors which are raised about all public men are enough to put one out of heart with mankind, and make us think them like the Cretians, “al­ways liars.” I have amused myself by noting some of the good advice which was wont to be given from the old puritanic pulpits about that unruly member, the tongue. As my letters are of the most miscellaneous character, I have just copied out some of the racy bits, and hope they may be as interesting to you as to myself:

“The strokes in music answer to the notes that are pricked in the rules (the score). The anatomists teach that the heart and tongue hang upon one string. And hence it is, that as in a clock or watch, when the wheel is moved the hammer striketh, so the words of the mouth answer to the motions of the heart; and when the heart is moved with any perturbation or passion, the hammer beats upon the bell and the mouth soundeth. Ps. 45:1; Rom. 10:10; Luke 6:45. The reason why so many are tongue-tied in their devotions to God, is because they are heart-bound; they cannot bring out because there is no stock within ; their words stick in their mouths because they have no form in their hearts.”— Old Sermon by Dan Featly.

While transcribing these sentences a Swiss clock down stairs, in the parlor, has been crying “cuckoo,” at a great rate, and there was no help for it but to let it run itself down, which it did, after tiring us all with its noise. Here is a picture of a talkative man whose tongue rat­tles on at such a pace that the only course is to let him go on until he is exhausted and has spun out all his raw material.

Upon looking at my clock, I find that the striking apparatus has become disunited from the works. Hence this irregular breach of our peace. Is it not often so with talkative people? Is not the connection between their heart and their tongue snapped entirely, or is their heart in their mouth, and is it so small an organ that it is never in the way of their jabbering member? There must be a hollow place somewhere, or there would not be so much sound. But to return to our old books :

“When the pump goes we shall soon know what water is in the fountain, whether clear or muddy. When the clapper strikes we may guess what metal is in the bell. The corruption of men’s minds, (not much unlike the inflammation of the fever) ordinarily breaks forth and blisters upon the tongue. He that is rotten in his heart is commonly rotten in his talk.”—Preface to E. Reyner on the Tongue.

I have a good friend whose common sense is of the richest kind, and I have frequently heard him observe that it is a great mercy that bad men are allowed to use ill language, “For then,” says he, “I know what they are and how to deal with them.” The rattle of the rattlesnake is a useful appendage, for it sounds a warning to the unwary. Every man, then, after his own order. It would be very shallow wisdom to make all men speak by one rule, or to induce them to adopt a language which is not in harmony with their hearts.

Pardon me, friendly readers, if I here digress a little. You will excuse me if you have ever been the subject of the same provocation. Con­tinually am I assailed with accusations from every quarter, bringing to my charge words I never uttered and deeds I have never dreamed of. From the first day until now I have never answered a slander. I have seen my best mo­tives impugned, my holiest aspirations ridi­culed, and my most disinterested actions calum­niated, and hitherto I have held my peace. The silence which at first was one of moral courage, now assumes a tinge of contempt. “I am cru­cified unto the world and the world is crucified” unto me. Its loudest censures are almost as powerless as thunders in a dead man’s ear, and its praises have even less effect upon me. There is no love lost between me and a world which despised Christ. Let it speak ill of me, for I have good cause to say far worse of it than it of me.

I have turned aside from copying from the dear companions of my study, to write out of my own heart, because, singularly enough, a pa­per has reached me since I have written the last extract, containing a most cowardly and unde­served attack upon me by Mr. Gough, the tem­perance orator. I will not be tempted, even by so urgent a case, to turn aside from ray fixed rule further than to say that this, also, is anoth­er illustration of the commentary of the old Scotch minister, and for my own sake I cannot regret it, because I have gained in knowledge of character thereby. I had always honored Mr. Gough as a great and good man, far re­moved from any suspicion of falsehood, and equally clear of the folly of attacking God’s ministers in order to defend his opinions. I imagined that he knew too well the cruelty of slander to spread a libel against another. I had supposed, also, that he was a gentleman, and, better still, a Christian, who esteemed the cause of religion even more highly than that of tetotalism. We live to learn, and there is some learn­ing which costs us bitter grief and the deepest sorrow. When my tongue knows how to speak evil of my fellow-laborer’s character, let it rot from my mouth. If I have a cause near to my heart which cannot be defended without slan­der, perish the cause, even though my heart break from the disappointment.

Friends, let us leave this personal matter, for I am half inclined to put this letter into the fire even now, and would do so but that the lesson may be useful to us. Let us believe nothing against God’s people unless the testimony be ample and decisive, for there are ever those about us to whom it is sport to do mischief. We have been harshly judged; let us not com­mit the same sin, but ever rest assured that there is real grace upon the earth, and far more of it than some would have us believe. I close with two other cuttings from my old friends, whom I love all the better because they teach but do not abuse. Ephraim Udall, in one of his sermons dated 1639,talks thus wittily:

“It is Œlian’s observation how that men being in danger to be stung by vipers, used to place their beds in water, yet the crafty serpents have a device to reach them; they get up to the top of the house, where one takes hold of the rafters, the next hangs at the end of him, a third upon the second, a fourth upon the third; and so mak­ing a kind of serpentine rope, they at the last wound the man. And thus it is, that, amongst scandalizers and slanderers, one begins to whis­per, another makes it a report, a third enlargeth it to a dangerous calumny, a fourth divulgeth it for a truth. So the innocent man’s good name, like a merchant’s wealth, got in many years and lost in an hour, is maimed, and so se­cretly traduced that it is somewhat hard to find out the villain that did it.”

The other clipping I cannot trace to its au­thor, but it is one which any man might be glad to father:

“It was a good saying of one that in those days was known to be an able speaker, when he was to make his reply to some that had unjustly maligned him: ‘I will rest,’ saith he, ‘hencefor­ward in peace, in the house of my own conscience ; and if I do any good deeds, it is no matter who knows them; if bad, knowing them myself, it is no matter from whom I hide them; they will be recorded before that Judge from whose presence I cannot flee. If all the world applaud me and He accuse me their praise is in vain.’”

And thus let every man, in all his intents, projects and ends, as a conscientious Christian, look to the Lord, as the searcher of his heart and regarded of his work, not caring for the howling of dogs, the slanderous reports of wick­ed men, so that the little bird within sings clear. Not discouraging himself at whatsoever men think or speak of him and his doings, so that God and his conscience do approve them ; nor contenting himself with men’s approbation when the testimony of God’s Word and his own conscience gainsays it.

I am, dear Mr. Editor, your well-abused but well-contented correspondent,

(Photo by Bundo Kim on Unsplash)

One thought on “Spurgeon’s Final Letter to the Christian Watchman and Reflector (April 2, 1863)”